This annual Eleanor Stopps Environmental Leadership Award recognizes significant contributions in the protection and stewardship of the natural environment of the North Olympic Peninsula. The award pays tribute to Eleanor Stopps, whose vision, advocacy and determination exemplify the power and importance of community leadership.

From the 1960s through the 1990s, Eleanor Stopps was an active member of the Pacific Northwest conservation community. Stopps founded the Admiralty Audubon Chapter and took over the work of Zella Schultz to protect the nesting habitat for 72,000 pairs of seabirds nesting on Protection Island. She was also a tireless educator working with groups of students and Girl Scouts to raise environmental awareness.

Stopps recognized the need to protect the uniquely important marine environment of the Salish Sea. With no special political base or powerful financial backers, she formed a coalition of grassroots supporters who worked to get legislation and public support for the preservation of Protection Island and the surrounding waters. She was a primary driver behind the establishment of the Protection Island National Wildlife Refuge in 1982, one of the few established by the U.S. Congress at that time. Today, it is a critical habitat link in the preservation of the entire Salish Sea region, providing breeding habitat for pigeon guillemots and rhinoceros auklets, bald eagles and peregrine falcons, harbor seals and elephant seals, and a myriad of other species.

The Eleanor Stopps Environmental Leadership Award is given annually to a citizen (groups not eligible) of the North Olympic Peninsula (Jefferson and Clallam counties) who has:

The Port Townsend Marine Science Center is pleased to sponsor this award and invites nominations so we can continue to recognize positive leadership.
You may nominate someone by downloading and completing the nomination form below.
You may also email info@ptmsc.org, or call (360) 385-5582 to request a form.
Nominations must be submitted by email to info@ptmsc.org no later than August 25, 2021. 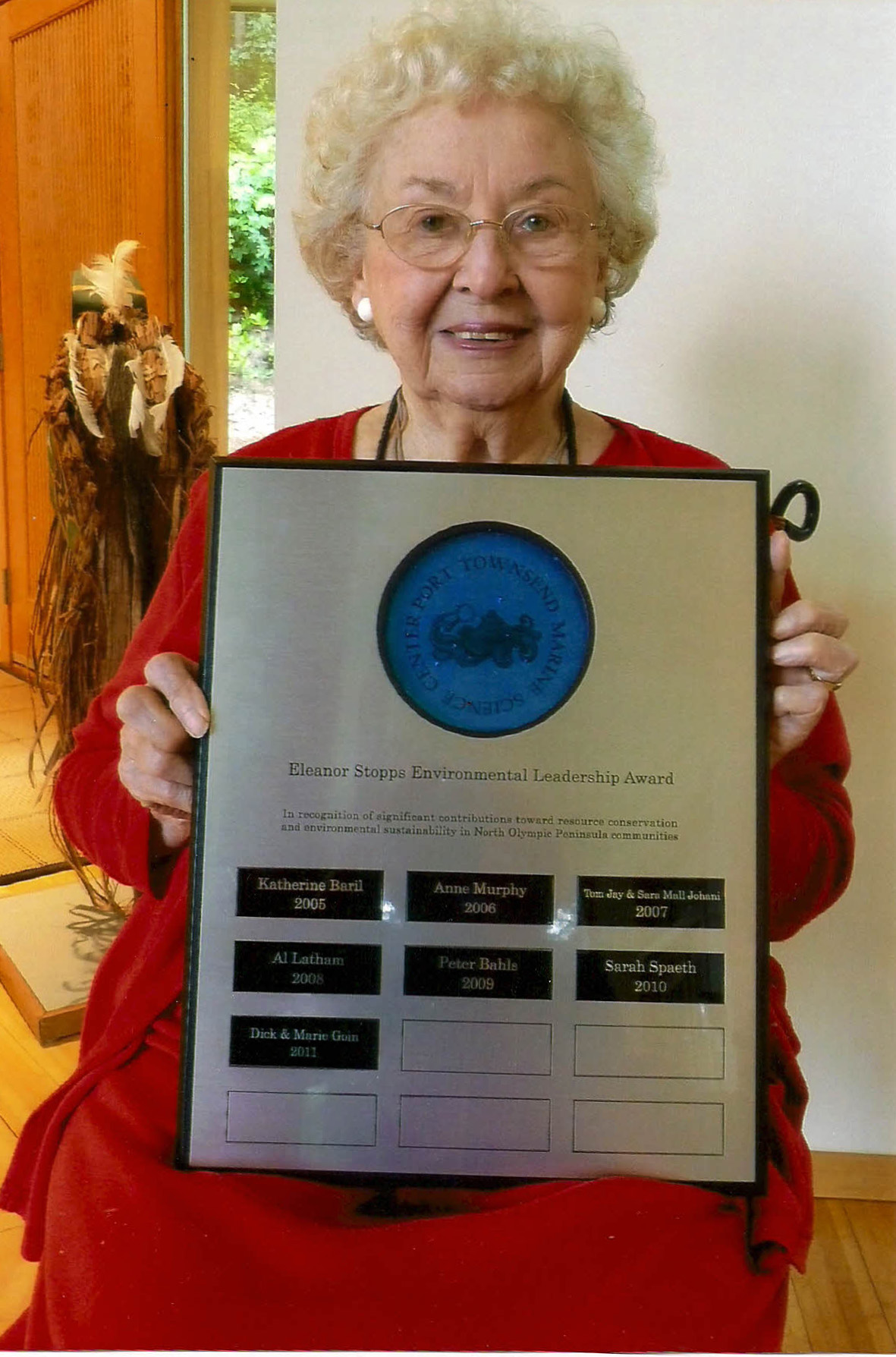